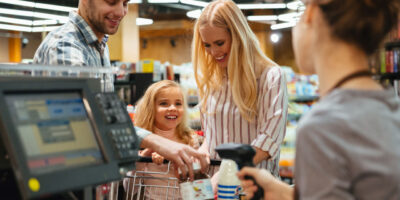 We are all probably familiar with people who seem to love to complain, but do not want to do anything about it. As an example, I once read about a contractor who was receiving complaints that his employees were damaging things they did not work on. When it was suggested that the contractor take pictures of the work area prior to starting, so that he had documentation that the damage existed before his employees arrived, he declared that that would be too much trouble.

Apparently, dealing with customer complaints was not too much trouble. Not only was he willing to waste a tremendous amount of time dealing with the complaints, and often fixing the problems for free, he was creating significant ill will in his customers.

No matter how conscientious a business is, things will go wrong. Many times these problems can be anticipated and avoided, but only if we have a policy of turning complaints into systems.

Years ago I noticed that my company seemed to get the same types of complaints over and over. It was not that we had tons of complaints, just that the ones we got were similar. I sat down with my supervisors and we made a list of the common complaints and what caused them. We discovered, like the contractor above, that most of these were pre-existing conditions. But we were getting blamed for them!

So we put together procedures to identify these items before starting any work, and we then brought them to the customer’s attention. Not surprisingly, most of the time the customer was unaware of these issues. But when inspecting our work at the end of the job, they would see these issues and assume we were responsible. When we started using our form, suddenly the complaints virtually stopped. And we often were able to sell additional work to correct the problem.

The little extra time we spent addressing these problems has saved us countless hours over the years, avoided upsetting customers, and perhaps best of all, helped us increase our sales. By turning complaints into systems, we turned complaints into opportunities.